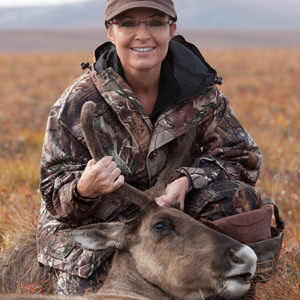 Democrats cling to the notion that panels of politically-appointed experts should forcefully guide market affairs like Sarah Palin clings to the stock of a hunting rifle when she’s lining up an unlucky moose. This mistaken notion will prove particularly obnoxious for people trying to develop health information technology systems.

Here is an analogy that may help explain the Democrats’ mistake.  Steve Jobs has been at war with Adobe’s proprietary Web technology, Flash. He supports the ‘semantic web’ and wants to see intense visual presentations done with markup languages created in community processes by industry organizations like the W3C. HTML5 is the next generation of Web markup languages, and will enable more dynamic Web pages with vector graphics and built-in video. Most of the features in HTML5, save the video, require little proprietary software and few licensing agreements to implement. HTML5 is going to succeed for the same reason any industry standard succeeds: competitive pressure causes a finely tuned final product to emerge.

The competition between HTML5 and Flash may be fierce, and it may make your tummy hurt. But that’s the point. There is nothing to worry about: Adobe, Apple and the W3C push competing visions for the Web peacefully, in the context of a market with government-defined rules of the road. That is why the Web is always changing for the better.

Health information technology was just getting competitive, when…

Health industry professionals did for health data what the members of the Web community who participate in the W3C did for Web markup. The former group created a number of health information standards. The most successful of those standards for health records is Health Level 7. Another example is DICOM (Digital Imaging and Communications in Medicine), a community-defined standard for medical imaging. Both of these standards arose spontaneously, just like the rest of the market order, for reasons similar to the reason why the pencil on your desk arose. (If you don’t understand why the pencil on your desk arose, you don’t understand market order, and should watch this Milton Friedman video and note in particular his implications about why people engage in productive activity).

Health information technology was just getting truly competitive.  But then the Democrats passed ObamaCare and the stimulus bill.  The component of ObamaCare hidden inside the American Reinvestment and Recovery Act (ARRA) established a requirement that health providers adopt “meaningful use” of Electronic Health Records (EHRs) – but technocrats who wrote the bill left the definition of ‘meaningful use’ to regulators.  The Department of Health and Human Services (HHS) has begun to define the first of three stages of adoption; health care providers must get to stage three of meaningful use by 2016 or face fines.  The negative consequences to innovation of delegating lawmaking to regulators are now clearer than ever as EHR vendors are check with the government to make sure their ideas for advancing health information technology aren’t too innovative.

ARRA also provides subsidies for providers who adopt EHRs, at a cost of $16 billion to taxpayers.  In stage one of those three stages of “meaningful use” requirements, HHS said it would required EHR vendors to use version 2.5.1 (an outdated version) of Health Level 7 for reporting data to certain agencies.  This is like mandating Flash 9.1 when Flash 10 is available, and completely ignoring the possibility that other, better alternatives exist, and the principle that market actors should be free to choose from among those alternatives.  It’s a good thing the government doesn’t run the Web – if it did, Apple’s cutting-edge HTML5 implementations would be replaced, under penalty of law, by Flash 9.

Then HHS caught itself and reversed the decision to require version 2.5.1 in particular.  The fact that it had people on pins and needles in the meantime is evidence for the classical liberal claim that government can create inefficiency by injecting uncertainty into the market.

How are people supposed to develop EHR systems when they don’t know what’s going to meet meaningful use requirements and what’s not?

The original set of standards for EHR certification implementing HITECH relies heavily on existing standards for the interoperability of health information technologies, including those established and/or promoted by the Health Level 7 standards organization (HL7), NIST, and Integrating the Healthcare Enterprise (IHE). These standards were chosen in an attempt to provide a “minimum set of transport, content, and vocabulary standards required to drive or enhance the predictability of data exchange when used in EHR technologies, in order to drive adoption”. We would like to see ONC focus on enabling and accelerating health information exchange at the level of the datum, rather than the message or document […]

Instead, the PCAST report seeks “electronic health systems that are able to exchange health data in a universal manner based on metadata-tagged data elements”.  Basically, they want a “federated” data model, which means that health records are stored where they are created before being tagged with patient-identifying information.  This is a fairly good idea, but needs some work. For example, if two patients have the same name and date of birth, there are currently no foolproof universal unique identifiers, and patient data might get mixed up in a way that would be unlikely to happen in a non-federated data model.  The problem is that the PCAST report is instructive, not competitive, and seeks to replace the successful, community-driven standards process that generated HTML5 and Health Level 7 with a confusing process driven by the disparate agendas and visions of government advisors and employees.  Instead of adding a good idea to the competitive pressure cooker for a good cooking, government is simply going to force health providers to implement EHR products developed at the behest of an untested draft of an idea that needs more refining. The entire purpose of competition is to do that refining.

So what should the role of government panels like PCAST be, if it’s not efficient or wise to give the force of law to the “rough draft” of the ideas they come up with?  Instead of using force to compel adoption of an unrefined model, the PCAST panel should form or join an industry group and use private resources to flesh out their idea in full.  When the backers of good ideas engage in the competitive process, their ideas grow and attract support organically.  The difficulties and confusion that we have seen thus far with “meaningful use” requirements should be ample evidence for even the most ardent statist that competition, even for dominance over something as infrastructure-related as basic industry standards, is superior to planning.

Government seems oblivious to the actual meaning of price signals

But there’s another important reason that competition among ideas should win out over government fiat as the proper way to achieve industry standards.  The reason:  government planners often misunderstand price signals.

National decisions can and should be made soon to establish a “universal exchange language” that enables health IT data to be shared across institutions; and also to create the infrastructure that allows physicians and patients to assemble a patient’s data across institutional boundaries, subject to strong, persistent, privacy safeguards and consistent with applicable patient privacy preferences. Federal leadership is needed to create this infrastructure. While the ability to exchange and integrate health data offers great advantages to patients, the economic benefits of these capabilities do not accrue directly to specific providers, or to providers’ incumbent EHR system vendor (if any). As a result, market forces are unlikely to generate appropriate incentives for the necessary coordination to occur spontaneously. The nature of this coordination as a public good requires Federal leadership in ensuring the creation of the capabilities. The development of EHRs themselves should of course be left to the private sector.

In this quote from the PCAST report, the Council write that health providers will fail to see economic benefits when they transition from paper records to electronic health records.  This price signal is telling entrepreneurs that EHRs need to leverage cloud computing to reduce the base costs of operating EHR systems.  But the same price signal is telling the Council that innovation in electronic health records will never occur.

This is silly.  “Appropriate incentives” already exist for those health information innovations that are efficient.  Why else would industry groups like Mirth Corporation operate massive open-source software initiatives to create free, innovative server software for transmitting electronic health records?  The software the healthcare community has developed in a spontaneous, open-source fashion would cost tens of millions were a single hospital, practice or government agency to undertake the project.

What to learn from ObamaCare’s approach to Health IT

Community-defined standards are clearer, more relevant, and better developed than government-defined standards.  We’ve seen government try to latch on to Health Level 7 version 2, dump the idea, create its own idea, and instruct market actors to implement on that idea before it’s fully defined.  Healthcare providers must start planning now to comply with the yet-undefined stage 2 and stage 3 requirements, which means EHR vendors must today start making software that meets those yet-undefined requirements.

With uncertainty over those bounds instead of disparate, innovative approaches driving EHR development – after all, the PCAST members, while smart, are simply ruling out the ideas of other smart people – we should hope that the Republicans succeed in repealing ObamaCare.