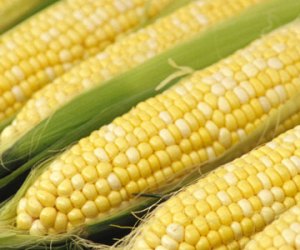 After supporting the Obama-Pelosi-Reid crowd that subsidizes its corporate growers, the YDs blamed illegal immigration on this innocent grain.

The Review’s own Marc Seelinger and I represented the College Republicans at a debate tonight on various immigration issues. The bottom line: Democrats are indeed wage-protectionists who vote against guest-worker programs.  There was also the corn conspiracy – the Democrats said that subsidized U.S. corn is the principle cause of illegal immigration. Maybe they can relay to President Obama and other corn-subsidy advocates that the UNC YDs (finally) agree with conservatives that corporate welfare for Archer Daniels Midland isn’t a good thing.

Our correct and capitalistic opening statement, which proposes secure borders and increased legal immigration, is below:

Each year, about 300,000-400,000 people enter the United States illegally. Many of these people are the very embodiment of hard work: they risk their safety and money, crossing scorching deserts and avoiding highway robbers to trek from desperately poor regions of Latin America just to find work in the United States. Many of these illegal immigrants are used and abused by narco-traffickers as drug mules or packed by the dozen into tiny spaces in the safe-houses of the ‘coyotes’ that find them labor in exchange for large amounts of money. For these job-seekers, life is cruel, dangerous and risky. It doesn’t have to be this way.

Republicans believe that, like trade, immigration results in a net gain to society. For the same reasons that Republicans promote the free exchange of goods and services across national borders, Republicans promote the free exchange of people across borders. As we learned in Econ 101, free trade results in net gains for society that greatly exceed the possible temporary loss of a small number of jobs, because living standards rise when goods and services are produced by the countries with the best comparative advantages. And so it is with immigration: people who are willing to work for less will allow goods and services to be produced more cheaply, increasing living standards for everyone – including (and often, especially) the workers themselves. And, of course, allowing more highly-educated foreign-born graduates of elite science programs to stay in this country means that the next biotech companies and viable clean energy initiatives will be started here in the United States.

The conservative Blue Dog Democrats agree. But the Reid-Obama-Pelosi left-wing Democrats don’t. They oppose legal immigration because their union base believes a baseless but pervasive economic falsehood promoted by Paul Krugman and his ever-shrinking circle of left-wing economists. As Krugman admitted in a March 27th, 2006 column: “Immigration is an intensely painful topic for a liberal like myself, because it places basic principles in conflict. Should migration from Mexico to the United States be celebrated, because it helps very poor people find a better life? Or should it be condemned, because it drives down the wages of working Americans and threatens to undermine the welfare state?”

So be suspicious next time you hear that that most Democrats want the DREAM Act to pass, or the next time some liberal commentator proclaims his or her love for immigrants. If the Democrats really appreciated the economic benefits of immigration, would they have shoved a modified DREAM Act into a defense spending bill that they knew Republicans were bound to filibuster? If Democrats really cared about the welfare of migrants, why do Democrats like Barack Obama and Harry Reid consistently vote to decrease legal immigration and force migrants to undertake long, dangerous journeys just to get a job here?

If you appreciate the economic benefits of immigration, join the Republican Party. And if you want to stop the exploitation of hard-working immigrants by brutal drug cartels, join us to secure the border in a serious way and open up more slots in visa and guest-worker programs to keep the bad guys out and let the hard-working migrants in. They just want a better life, but they won’t get it as long as Harry Reid and Barack Obama cynically manipulate immigration legislation to stay in favor with unions but, at the same time, drum up support from people who just want a job here in the United States.

The solution to the problem of illegal immigration of low-skill workers is the same as it has always been: open up more spots in guest worker programs so that workers from truly poor countries – not necessarily just Mexico, with its $13,000-per-capita GDP, but nations like Brazil and China – can come and work here. If left-wing Democrats keep up their wage-protectionist chicanery, these wage-reducing and therefore price-reducing and therefore prosperity-increasing immigrants won’t be able to come here legally and therefore safely to make a positive impact on our economy.